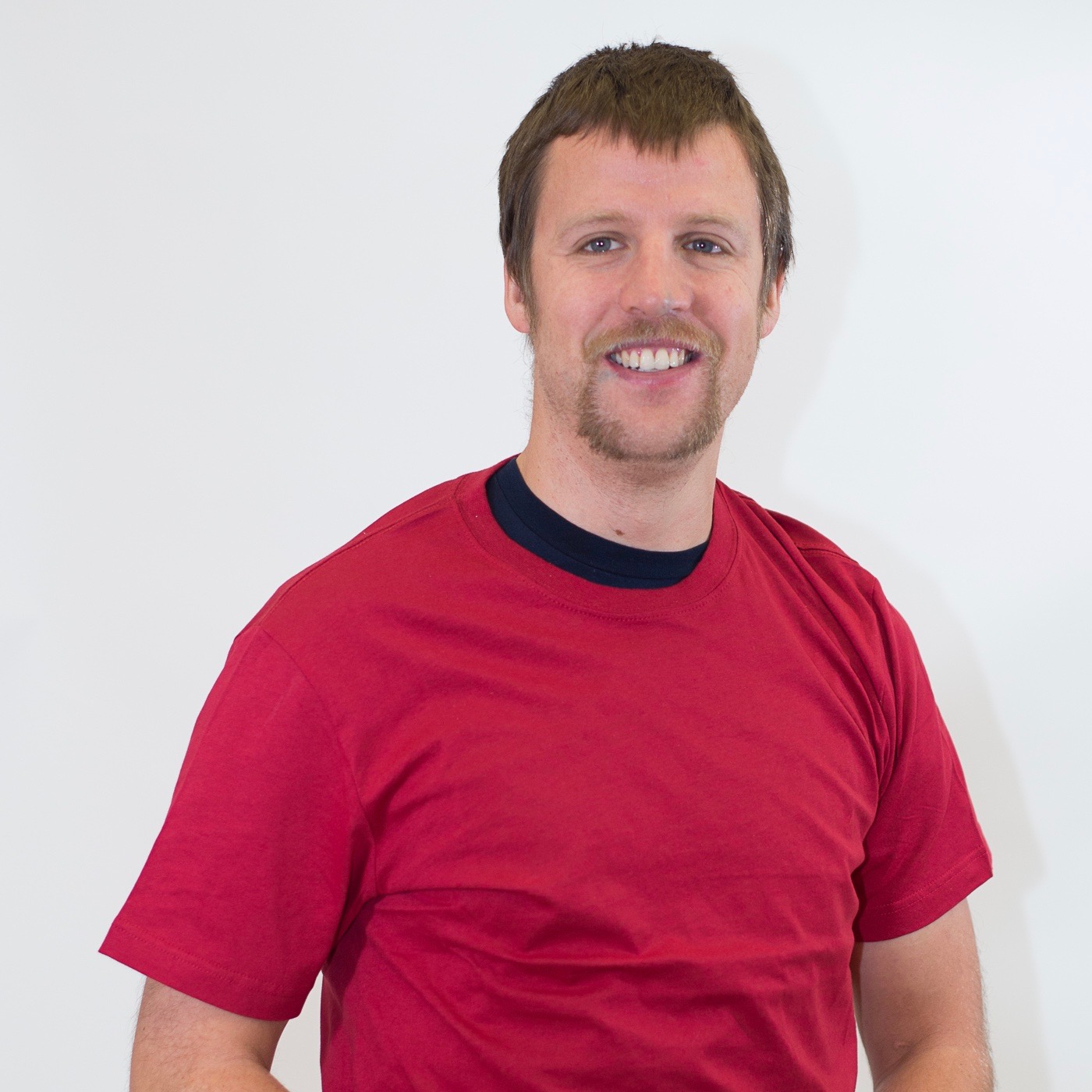 How did you get started playing the sport of Racquetball? My Mom and Dad both played Racquetball when I was little, and they would bring me with them to the club. I guess it was probably cheaper than a babysitter, and every now and then I would get on the court and bang the ball around a little. When I started playing other organized sports, Baseball and Hockey, I would still get on the court every now and then, and pretty early on, my now coach Loren Prentice would ask me when I was gonna start playing; I would always say “I don’t play Racquetball, I’m a Baseball player” or “I’m a Hockey player”, finally when I was about 12 years old, I started playing in order to help my hitting for Baseball.

What is the reason you play? I just love the sport so much, it’s so much fun; but I think a big part of it, at least early on, was the success that came when I started. Everyone loves winning, especially kids and that was part of it; but I think what a lot of people overlook is how fun it is to improve at something, and while I maybe started playing Racquetball at a later age than a lot of great players, I feel like I picked up the game quickly. So I think it was a combination of starting to win some matches while also improving quickly that got me hooked. I think any sport is automatically fun when you’re able to play it at a high level, but Racquetball is a special kind of animal in that respect. I can’t even explain it, but once you get to a certain level; and I don’t even know what that level is, or when it happens, but eventually it becomes a sport you just have to play.

What are your training habits? I typically train about 5-6 days a week. I’ll tend to train twice a day a few times a week depending on how I’m feeling, or if it’s a week where I feel I need to put in more time. I’ll usually be on the court at least once every day that I’m training whether it’s to practice or play. I’ll lift weights for legs usually twice a week, and upper body three times a week. I do cardio workouts as well, but I also play Hockey, Ball Hockey, and a little bit of Squash as well, and a lot of the time I’ll use those sports as a way to “cheat” on my cardio. I find Ball Hockey to be the toughest cardio workout I can do, Squash isn’t far behind and neither is Hockey, and on top of that it’s just way more fun. I’ve now been playing this game for a pretty long time, and when you couple that with my personality being what it is, things just aren’t worth it if they’re not fun. At the start of a Baseball game the Umpire says “Play Ball” he doesn’t say “work ball”. That being said hardwork is maybe the only reason I’ve gotten to where I am in the sport, and it’s a huge part of my game style and the way I train, but I like to think of it as more “hardplay” than “hardwork”.

What is your best racquetball memory? There’s been a lot, but I think still the best for me might be Junior Nationals from 2002 where I made the 18-and-Under Final. I don’t think I really had a lot of expectations in terms of results, but I was playing really well going into the Tournament and just wanted to give it my all and play the best I ever had. I was seeded 9th at that Tournament and was able to win a really tough Round-of-16 in order to reach the Quarterfinals to play the first seeded, 2000 World Junior Champion Eric Desrochers. I was really excited about the match and just saw it as a great opportunity to elevate my game, learn from the experience and get better. I went in knowing I had no chance of winning, and just wanted to play the best match of my life, and felt a great deal of joy, comfort and confidence in that role. I played better than I ever thought I could in that match and somehow managed to win. When I was able to then win my Semi-Final later that night and make the Junior National Team, it was a dream come true. (I know how unoriginal and cliche that sounds, but that’s exactly what it was like!) I remember walking around before I went to bed that night babbling on to anyone who would listen (and I’m sure many who weren’t) about being afraid to wake up from this dream I was in. I learned in my first year of 16-and-Under at Nationals that the top 2 in 16s and 18s make the team, and dreamt of one day being there, but I never really believed it could happen. I always came out of Junior Nationals with the mindset of “keep working hard, you’re getting better, you’re almost there, you’re so close, train really hard so you can make that team next year”. When all of a sudden I came out of a Junior Nationals as a National Team member who had made the 18-and-Under Final it was an unbelievably amazing feeling. I also have to briefly mention making the Semi-Finals at one of our National Singles Selection Events in 2009 as a great moment for me as well. The transition of coming out of Juniors to playing against all the very best players in Canada can be a very tough one for a lot of players, and definitely was for me, so to make a Semi at that level was an incredible experience.

Describe your non-racquetball talents: I’ve been blessed with what I’m pretty sure is a really good long-term memory. I feel like I’m able to remember a lot of stuff from the past, especially really great memories; and a lot of information and details of things I’m interested in and/or passionate about (which might be a nice way of saying I’m a pretty big nerd). I don’t really know if it’s something that has a real life practical application, but my memory is something that I really cherish and enjoy. I really enjoy writing and making jokes. Again, I’m not sure whether it’s a talent I possess, but if I was making a list of things I would love to be great at; writing and comedy would be included on a list that already includes Racquetball, Hockey, Baseball, and being a person.

What are you doing if you’re not playing Racquetball? I seem to spend a lot of time doing nothing, but I’m trying to change that, I’ve found that being busy can actually have an almost calming effect on me. During the summer I’ll be working a lot, but with my spare time I also enjoy hanging out with my girlfriend, watching great movies and TV series, playing Baseball, Hockey or Ball Hockey, and hanging out and/or partying with friends. When my discipline is lacking, you’ll probably find me wasting time looking up useless but interesting facts on the internet.

What is something about you that people might not know about you? I tend to wear my heart on my sleeve, I think I’m a pretty open book. I try to avoid letting people see me cry at movies though, and I used to pretend I was a Transformer up until pretty much my teen years. So then I guess based on that information, people might be surprised to know that I think the new Transformers movies suck.

What advise do you have for athletes that want to play at your level? I would always say that it’s amazing what you can accomplish with good coaching, training partners, and hardwork. Also, any opportunity to play in a situation where the intensity level is higher than it is in normal practice, namely Tournaments, is huge! Every time you play a match in a Tournament it’s a totally different level and much more important, and you always want to be able to thrive in that environment. The more Tournaments you can play the better, especially in different parts of the country and world. But even playing leagues, or playing your friend for candy or money or whatever, or even just for pride because somebody you got a little lippy that day; it doesn’t have to be all the time, but it’s important to play those matches that just mean a little more. Maybe the most important advice I can give though, is that you have to love it. It’s a game, and it’s suppose to be fun, and you shouldn’t ever try to play a game at a high level unless you love it. Sometimes it gets hard, but that’s what makes it great. If it was easy everyone would do it. Just enjoy the ride. Enjoy the beatdowns that come with playing someone way better than you. Enjoy the pressure of returning serve down 10-9 in the tiebreaker and trying to dig down and find a way to win. Enjoy the days when you make every single shot you go for and get every single ball you chase after. Just enjoy the ride. Always learn from it, and always be looking to get better; but above all, always, always enjoy it.

Who has been important in your development as an athlete and how were they important? My coach Loren Prentice has been instrumental in my development. He taught me and several other players in Saskatchewan and did it in a group/team type environment. We all learned from Loren and also from training and playing with each other and we all improved together. All the players I’ve trained with over the years both within and outside Loren’s group have been so important in my development. My parents have been incredibly supportive ever since I started playing and without them none of it would’ve been possible. Eric Desrochers, Josh Keil, and Chris Exner are three of my best friends in this world and with them around I’m no longer alone, even though we’re playing an individual sport. The same can be said for the players I’ve trained with throughout all the years in Loren’s group, not only have training partners been important to my development, friends have as well. Mike Green has been a great mentor, great friend, and he’s always been someone I’ve looked up to, and I’ve learned a lot from what he’s taught me, and the opportunity to train with him. The same can be said for Cliff Swain and Kris Odegard. Trevor Webb, by trying to help someone in their own development as a Racquetball player, it’s amazing how important they are to your own. The Racquetball communities in Saskatchewan and Ontario have also be hugely supportive from a moral and financial standpoint; as well as placing roofs over my head, food in my stomach, and have provided me many opportunities I wouldn’t otherwise have. At the risk of sounding far-reaching, I also just wanna say that the game itself, as well as it’s community, has also been very important to my development, and I think that’s something as players we need to keep in mind. There where always Tournaments to play in Western Canada where I grew up, and Junior Nationals and Junior Worlds always had lots of players when I was at that age. It’s an easy thing to lose sight of, but it takes a village to raise a child as they say, and where I grew up and the state of the game itself during my upbringing are another very important part of my development as a Racquetball player.