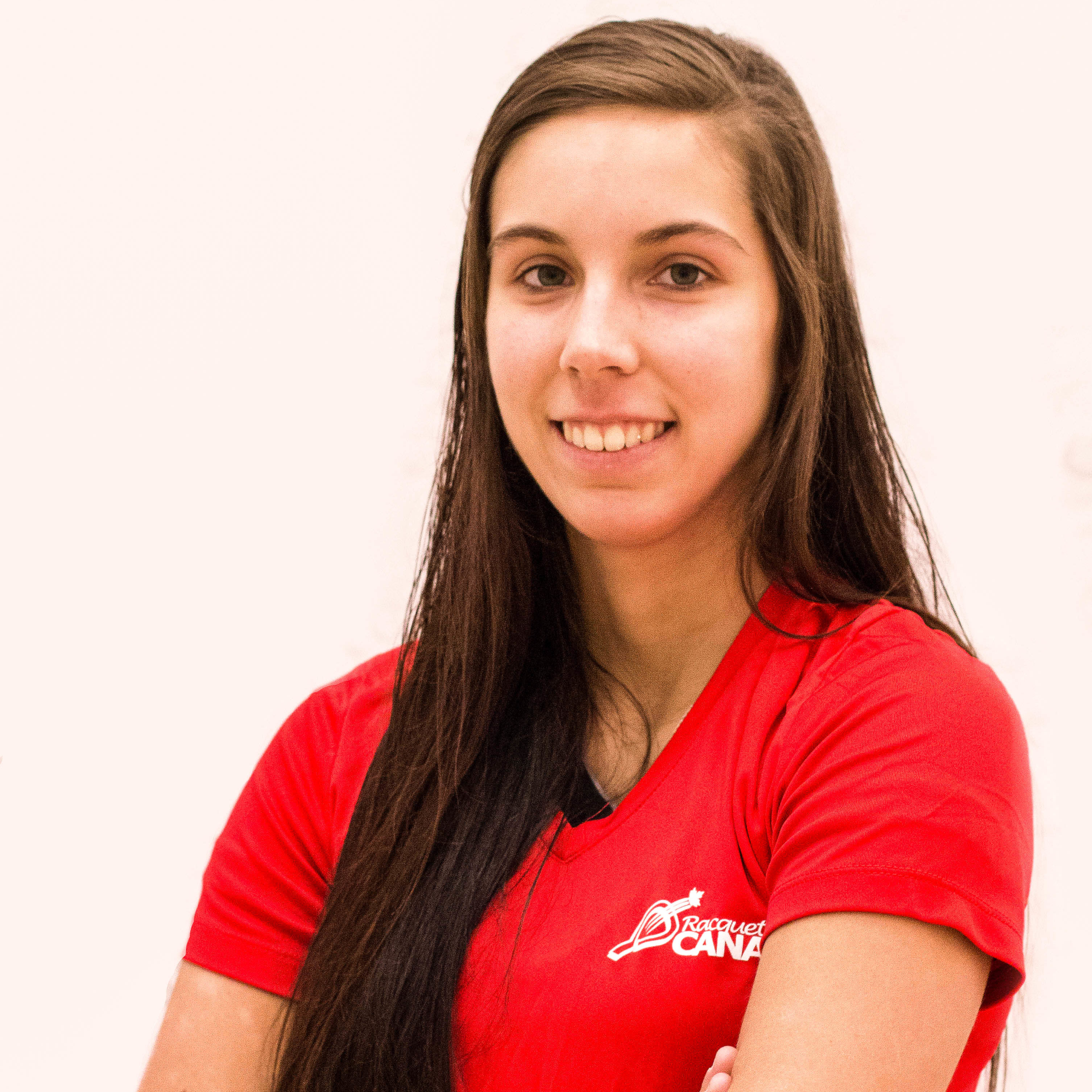 Start in Racquetball:  I started when I was about 5 years old. My parents were playing in tournaments and in the city league and they brought me with them to the club. During their breaks I used to go and play with a racquet and a ball on the court and that is how I developed the desire to go further.

Reason for playing:   I love the action. I like the fact we travel a lot thanks to racquetball.  And that our opponents are also our friends despite the competitive spirit.

Training habits: I like CrossFit a lot. Usually, I do a little bit of CrossFit before going on the court to hit balls.

Best Racquetball moment: When I won third place at the 2012 Pan American Championships in Chile.