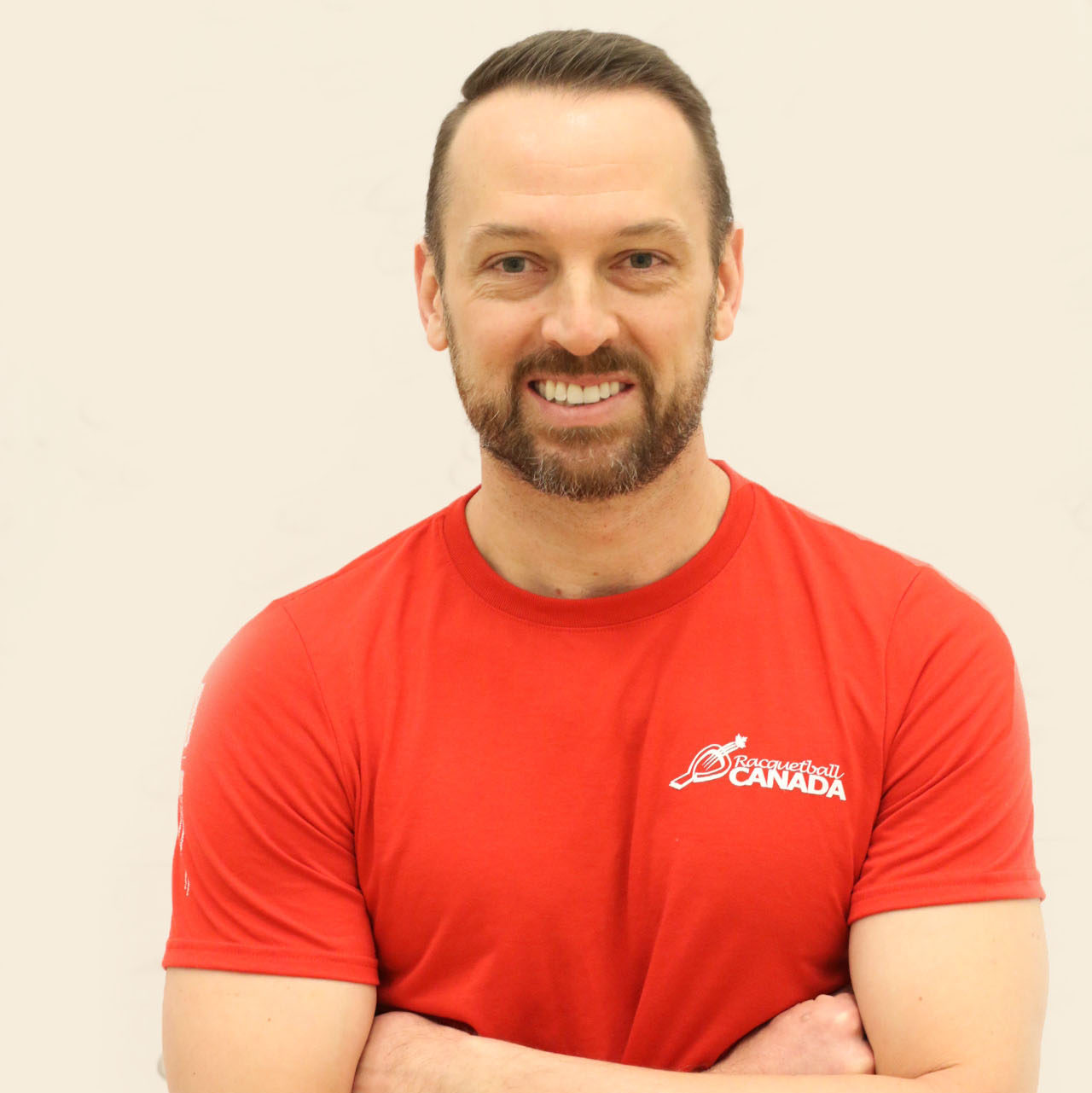 Update coming soon! Mike Green has been on the podium several times at the international level, having represented Canada at twenty eight international competitions beginning in 1996. Green has medaled at the World Championships, Pan Am Games and Pan Am Championships. His medal count includes three gold medals at the Pan Am Championships as well as five silver medals at the World Championships and Pan Am Games. Green has been the Canadian men’s champion nine times in a span of 12 years and also won the men’s doubles title eight times. This gives Green seventeen combined titles, the most titles held by a man in Racquetball Canada’s history.

Start in Racquetball:  I was always involved in sports but racquetball was one sport that I could beat my dad at, so I liked it and kept at it.

Reason for playing:   The special people that are involved in the sport and support the players.  I love the game and the power of hitting that perfect serve or shot, it pumps me.

Training habits: I train twice a day – either hitting or in the gym and yoga.  Hydration, eating healthy, and getting great sleep.

Best Racquetball moment or memory:  Making the come back as National  Champion in 2008 after I was told that there was a new guard for the National Champion.  Taking the gold medal at the Pan Am Championship in 2012

Non – Racquetball Talents:  I am a listener – ask Susan Livingston.

When you are not playing Racquetball you are probably: Training, going to yoga, working on my house or spending time with my special friend.

Advise for athletes who want to play at your level:  Train, train, train and then train some more.  Listen to your coaches – they have what it takes to get you to where you want to go.

Who has been important in your developed as a racquetball athlete?  My parents have always supported me in playing.  Old team members – the bad boys of Ontario have been there and showed me the ropes. My current coach, Sue Swaine had helped me take the game up that extra notch that I needed.